Experience of one… … a level at a time.

I feel your Icy Touch…

Has it really been almost a month since I updated? Wow, apparently I’ve been busier than I realized. I guess I shouldn’t be surprised… between work, school, homework, a concert, & a rave I kinda ran out of time. Haven’t had a ton of time for gaming, but I made sure to still get in a little bit.

It’s been a few weeks since I’ve played Final Fantasy XIII. I got a bit further into the game & got a chance to mess with an Eidolon, they are pretty slick. Unfortunately I can’t remember enough to include a lot of info about them in this post, it’s been a while since I’ve played the game.

From what I do remember though, when a Eidolon is summoned the party members other than the one that summoned it are “dismissed” until the Eidolon leaves the fight, like they did in Final Fantasy X. One of the differences this time around is that the character that summoned the Eidolon will attack along with it. The Eidolon can also transform into a vehicle of sorts for the summoner to ride on & do team attacks.

A week or so after my last post I hit 80 on Deathengine. The second Heroic I ran after hitting 80 was The Culling of Stratholme. We managed to make it through the instance fast enough to fight the timed boss [Infinite Corrupter], I was the only person who had not gotten the Reins of the Bronze Drake. Fresh 80 and an epic flight mount… now I just had to save up for the epic flying.

I was surprised when my third Oculus run I was awarded with the Reins of the Blue Drake [see picture to the left] from the bag of gems awarded at from the chest at the end of the instance.

With the help of Dungeon Finder & random Heroics, I managed to save up enough emblems to buy the full Tier 9 DPS set for him. He is almost fully decked out in epics as well. I believe his cloak is the only thing left to upgrade from Heroics. I hope to get in an occasional raid with my brothers & friends so that I can upgrade his gear further.

Just a few days ago [about three weeks after hitting 80], I managed to save up the 5,000 gold needed to buy epic flying. I was finally able to use the two Drake mounts I had won in the previous instances.

I also decided I wanted to try a dual-wield Frost/DPS spec for him without giving up his current Unholy/DPS spec. Luckily I had purchased the Dual Talent Specialization a while back in case I wanted to tank with him. I have yet to get decent tanking gear, so the Frost/DPS spec was quite viable! I’m pulling roughly the same DPS in both specs.

The Frost spec I’m using is a bit more enjoyable because I don’t have that annoying ghoul following me around. OK… you got me… I enjoy them both the same. It’s just when running in the Frost spec I don’t have to wait for my minion to be re-summoned each time I dismount [and that animation can get annoying if you’re mounting a lot, ie- farming]. o.O 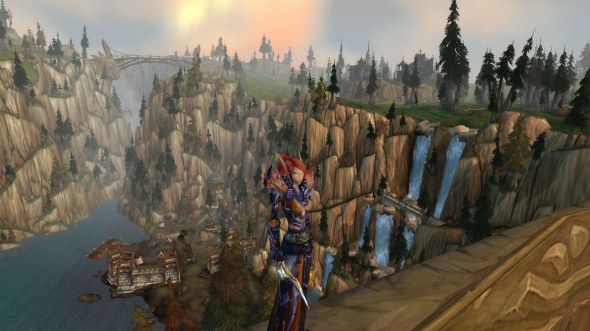 I have also since transferred Stasís over to Silvermoon from Staghelm. Pretty much everyone I ever played with on Staghelm has quit the game. It’s a good thing I never transferred Texhnolyze from Silvermoon to Staghelm, huh? lol

She is in the same gear as she was the last time I posted about her.

I ran a few Heroics with her shortly after I transferred her over. I have to learn how to play Mage again, my DPS was not that great [not bad, but not great].

Between Deathengine and Stasís, I managed to save up enough emblems to buy some of the Bind-on-Account gear. I now have a level 12 Priest that has the BoA chest, shoulders, and staff. I’m thrilled about the 20% experience boost from the [chest & shoulder] BoA gear, it makes leveling so much easier! I also purchased a set of shoulders for my Rogue. He is level 16 so far. I’ll get him a BoA chest piece once I have enough emblems saved up. I will be messing with my two new characters on a semi-regular basis [as far as my WoW time goes].

I made an account on Chess.com and have been playing Chess with a few friends from work. I haven’t played Chess in over 12 years, so I’m not all that great, but I’m learning again. It’s quite fun, and really nice because there is a Chess.com Application for my phone [HTC Hero, Android OS]. We usually play with a 24 hour limit [to make your next move]… but the games are only last a few days [at most].

I have a few new projects at school, so I’m going to have even less time to game the next week or so. So far all my classes are going well, but I’m doing better than I expected! Being out of school for five-ish years & I have a full-time job on top of full-time school has made things difficult, but I’m managing. 🙂

I haven’t done a ton with Mass Effect 2 lately… it’s not one of  those games I can just start and stop when I want. I get hooked in the story and don’t want to stop playing. I’ve had too much homework to take any real-time to dedicate to it. Hoping one of the next few weekends prove to be more viable for a bit of time spent progressing through it.

I still haven’t finished Assassin’s Creed or started AC2. I’m debating if I’ll ever finish it, I might just start the second and skip out on the last bit of the first. I’d rather not though, but with school and starting up World of Warcraft again, I don’t know if I’ll ever have the desire to finish Assassin’s Creed.

Speaking of WoW…. my brothers started playing again a week or so ago. They refused to start on another server or transfer, and my friends and I were already set on Staghelm and we didn’t plan on moving.

I guess it’s a good thing I never transferred my Paladin [Texhnolyze] to Staghelm. Even though I don’t play him anymore. I’ve fallen in love with the Death Knight and Mage, I’ve spent all my time playing on one of those two.

I’m also messing around with a new Rogue a little bit; my brothers, one of my nephews, and I all started new characters together. We’re staying relatively the same level so we can group up for quests and instances together.

I have gotten stuck server hopping so I can play with my best friends and my brothers before. I hate server hopping, I’m bad enough with alts on a single server…

But as it stands now, it looks like all my real-life friends that I play WoW with are leaving the game “for good.” If they do stop playing though, I will be going back to playing on Silvermoon “full-time” [as much as I can without screwing up school and work], which will be nice: no more server hopping. Also, if they stop playing, I *will* be transferring my Mage [Stasís] over to Silvermoon. I wonder if I can convince them to toss me any extra gold & spare mats before they stop playing [haha, doubtful]!

I really wish I could go to PAX East this year, really I want to go to any PAX. I’ve never been to a gaming convention. Unfortunately due to obligations, finances, school, & work… actually getting to go is not gonna happen, again.

Classes are burning a lot more time than I originally thought they would. I’m sure after I get into the swing of being back in school, things will even out and I’ll be able to game a bit more.

I haven’t gotten to play a ton of Mass Effect 2 yet [only two, maybe three hours]… but from what I have played, wow. Especially that beginning sequence.

There are still some issues with bump map loading that existed in the first, but it’s nowhere near as frequent.

They tweaked the combat system slightly. I think the changes they made are a nice improvement, it’s a lot more fluid.

I’ve renewed my World of Warcraft account again. I’m not playing on Silvermoon anymore, at least not as my main server. I started playing on Staghelm again, up and running with some real life friends. 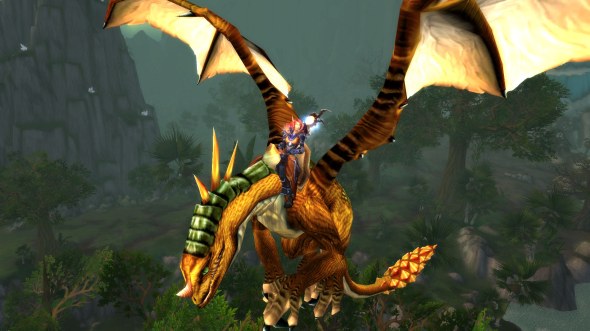 Stasís is now 80, and has full Tier 9 gear, and epics from random heroics. She still has two blues equipped [cloak & a trinket], but that’s only because I haven’t found replacement gear yet [or gotten enough badges to exchange for upgrades].

Played a bit last night, decided to tank a few instances on my Death Knight [Iscariott, 61] just so I could avoid the  fifteen minute [or more] queue as DPS. According to every group I got into, I’m really good at tanking compared to most other “low level” DKs. I stuck with a few people from the first group and did chain instances.

After a few runs, a Balance Druid that was three levels higher than me joined the group, almost immediately he complained that it was “another shitty DK tank.” Both the healer one of the DPS that was with us told him to shut-up because I was good compared to most DKs. He didn’t believe them at first, but after a few pulls, he admitted… “wow, a DK at this level that can hold agro, that never happens!”

I’m debating if I want to transfer my Paladin [Texhnolyze] over to Staghelm, or if I want to just leave him on Silvermoon. I might transfer him eventually, when I have more time and money.